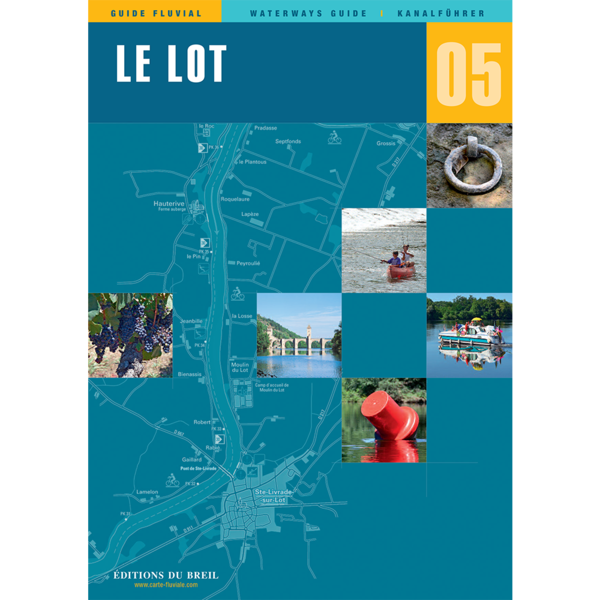 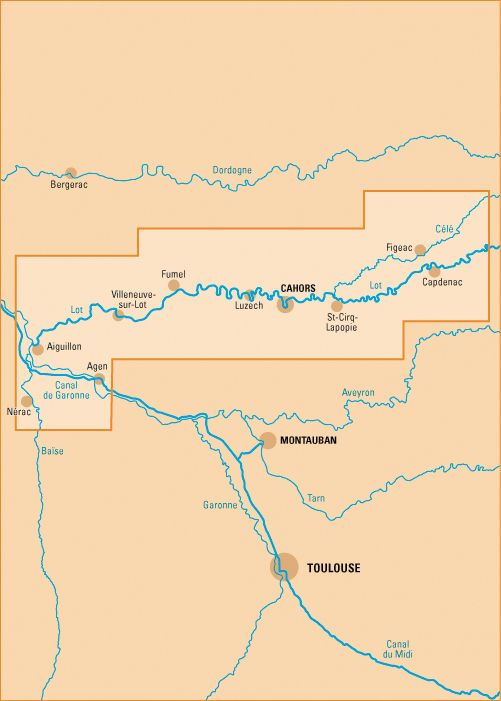 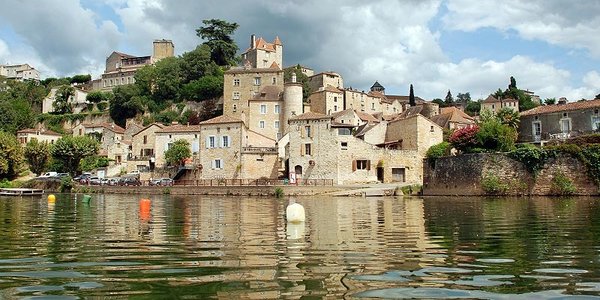 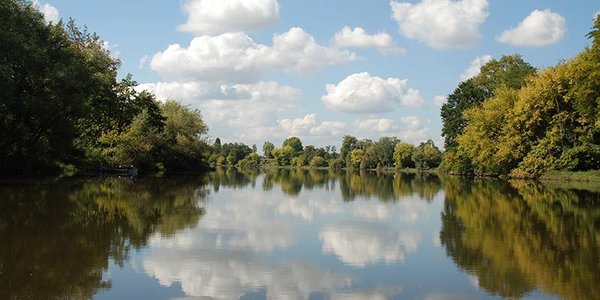 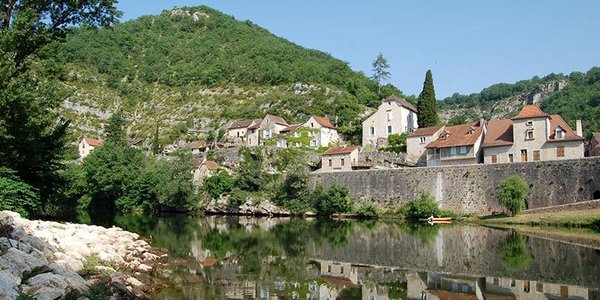 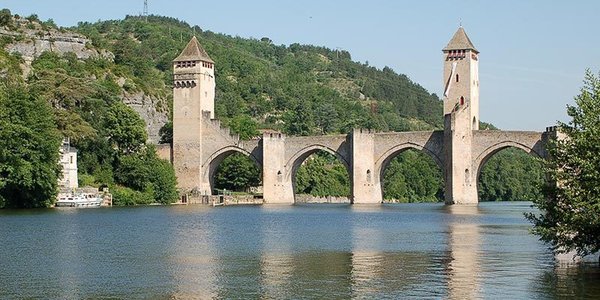 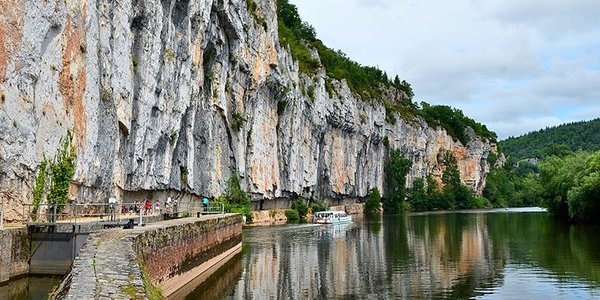 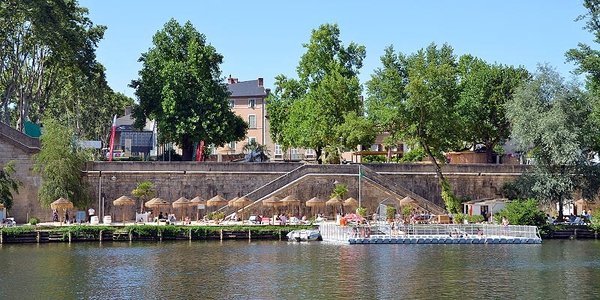 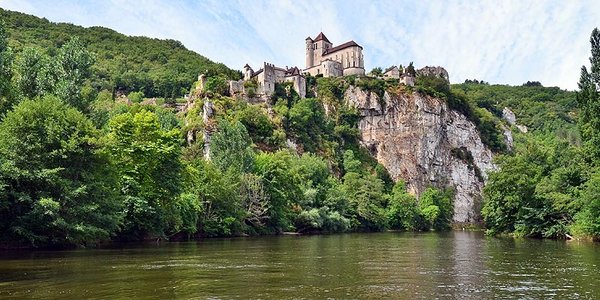 The navigable sections of the Lot river between Aiguillon and Saint-Vite, between Fumel et Albas, between Luzech and Larnagol and between Boisse-Penchot et Port d’Agrès.

At the end of the 19th century the Lot river was officially navigable for more than 400 kilometres. From the beginning of the 20th century traffic fell off and it was finally taken off the list of navigable rivers in 1926.

Thanks to the efforts of the Association for the Lot Valley, a huge programme was engaged to restore the river for leisure craft. The first section opened in 1991 was the 60 km stretch between Luzech and Saint-Cirq-Lapopie. In 2007, this was extended for another 10 km to the village of Larnagol.

This is without any doubt, one of the most spectacular sections of navigable waterways in Europe. Here the river is bordered by steep cliff’s and the riverside villages with their honey coloured houses are particularly attractive.

The last 60 kilometres before the Lot joins the Garonne were also put back into service in the 1990’s. This involved the construction of the two very deep locks at Castelmoron and Villeneuve; one of the biggest inland waterways projects undertaken in recent times. Unfortunately, the access to this section via the Garonne is now closed. There are projects to restore navigation, but for the moment, there is no access from the canal de Garonne.

Two other sections, one around Puy l’Évèque and the other in the Aveyron have also been put back into service. Our Lot guide covers the four different navigations but, unfortunately, for the moment, there are no plans to join them together. But, if you have a trailable boat, here is an occasion to discover all four navigable sections of the river.

The lot has been classified as a third category river, accessible to inexperienced boaters but in spring you should keep an eye on the weather. In flood times it can become a little sporting. The cartography is at the scale of 1/20 000 to give detailed information on channels and shoals.